The Universe will always bring you to the right place at the right time!

I had just shifted from a smaller town to a bigger metropolitan city. I had left my old job as a teacher, and by the time we had settled down in our new house, it was August. The academic year for schools begins in summer – between May and June, so even if I applied somewhere, the chances of getting a job were dim. At the same time I didn’t know anyone who would guide me in the city. I was lost in the new place.

One monsoon morning after breakfast,  I decided to explore the neighborhood. About two miles away I had read about a famous exhibition hall that hosts exhibitions from time to time. So I went in there, looked around, and left. As I walked out and went little further it started raining all of a sudden. I had no umbrella, so my immediate reaction was to look for some shelter. A few steps away, I saw a big gate with a nice building inside. I rushed in with short, hurried, but careful steps. I could barely see where I was stepping, let aside seeing where I was entering. Once inside, I grew aware that I was in the lobby of some institution, and the campus looked massive and posh. I entered the lobby and stood there. 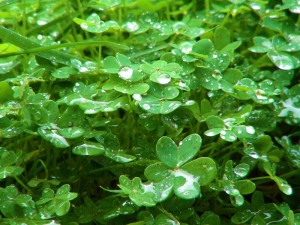 As I looked around, I realized that it was a beautiful high school. I explored further, since the rain didn’t seem to stop. I strolled along a lavish corridor which brought me near the main offices of the school. I heard someone’s footsteps approaching from behind the classy door, the plaque on which read “Vice Principal”. As I was about to turn back, a lady walked out from the office. She looked at me, and I smiled. She politely asked me if I was looking for someone? I had no answer, but couldn’t look dumb, so I greeted her and told her that I had come to enquire if there is a vacancy for a Science teacher at their school. She asked me about my background, and also if I had an appointment. Nor did I have an appointment, neither did I look like I had come to apply. Nonetheless, she asked me to wait, and went into the Principal’s office.To add to my nervousness, I was now tense & embarrassed. I was casually dressed, somewhat wet from the rain, I had no application with me, no papers, and here I was, trying to come to terms with the fact that I might meet the Principal of the school. I felt like disappearing from that very place. I didn’t know what I was getting into and didn’t know what I would say. This was happening so fast that I went totally blank.

I quivered, slightly with nervousness, slightly with the chill in the air when the door creaked, and the lady emerged from the Principal’s office. She walked up to me and said that the principal would like to meet you. I stood speechless for what seemed like an eternity. I gathered all my courage, took a long deep breath, brought out the best smiles from my storehouse, and walked in gracefully.

It was a big posh aristocratic office and an elderly British lady sat at the desk authoritatively. I smiled at her and greeted her. She smiled back very gracefully, and somehow made me feel relaxed and focused.  As she listened intently, over the next few minutes, I narrated the story of how I landed there, my background as a Science teacher, and how I would be interested if there was an opening in that school. Almost immediately after hearing me out, she offered me a job in place of a senior Science teacher who had to leave suddenly because of some health issues. This was completely unbelievable! I was told to bring in my application on the following Monday and start working. This was so unexpected, that it seemed like a fairy tale. I thanked her for that offer, assured her that I would love to start working on Monday.
What a blessing! As I went back & spoke of it to my friends, I was told that this school was among the top rated and most prestigious ones in the city. So, here I was taking a walk on the streets, when the universe got me in the right place, at the right time. Personally, I think the smile also worked wonders! 🙂