This recent story added a Million dollar smile in my “To Go” box. Two hours South-West of Pune, India, lies the huge Sahyadhri range of mountains, wherein sit the hill stations of Panchgani and Mahabaleshwar – natural paradises in abundance, as good as Hawaii – as my friend put it.
My friends from the US were on a short vacation to Pune. This monsoon morning, we left early in the morning, headed to Mahabaleshwar and as I drove I was hoping that this outing would make them feel good. It was peak rainy season, the entire place  was wet, rainy, cloudy and misty. Nevertheless, I was determined to show them some of my favorite spots around.

I chose to take the forest path that was less frequented by people. The deep forest is full of huge trees, lots of unusual flora, fauna, and birds. This time of the rainy season all roads, trees rocks, were covered with a thick layer of moss. We were almost rolling on moss while driving through the thick growth, in awe of the trees, shrubs, ferns and foliage. I pointed out to some of the wild orchids on the trees growing naturally. Having been here many times , it was just beautiful nature to me.

Just then, my friend exclaimed “Stop the car!”, with an urgency that demanded attention. I screeched to a halt and turned around to see him in sheer shock. Once he gathered himself, his happiness knew no bounds – he realized that the orchids we saw were a very rare variety of Orchids, named ‘Vanda’, growing wild in the forest. He couldn’t believe his luck. He was so excited that he climbed the tall trees, despite the moss, wetness and possibility that he might slip and fall. We joined in right behind him, climbing the trees in getting to take a few of the exotic plants home. As he saw and felt the plants, the joy on his face touched the sky. He was like a cute, wild, puppy – full of joy, running helter-skelter, touching every tree where he could see the Vanda orchid. All of us were as excited and joyful as he was!

For him this trip to India was worth more then anything else in the world, for being able to see the rare orchid growing in the wild so effortlessly and in such abundance. He knew a lot about orchids, and done deep research on orchid’s varieties all over the world. To him it was the most fascinating trail that he had unexpectedly discovered. He was the happiest man in the world. To him it was a “Eureka” moment. For me it was one of the happiest moments. I thanked the universe for being there with my friends, to experience the ecstasy of discovering the ‘Vanda Orchid’, celebrating the find, laughing, jumping and climbing trees. We collected a bounty of a few orchid plants, some carpets of moss, and some driftwood to adorn it with. 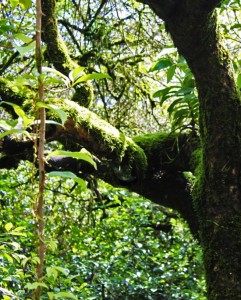 He even managed to find some jute twine to use later to tie the orchids together to the driftwood and the moss. He was totally in love with those beautiful plants – his expression said it all. To me, this one day of complete joy which the Vanda orchid and my friends had given me is treasured. Even though the antics of the day will always remain a cherished memory, the celebration and joy amongst us will always be priceless.

5,969 replies on “Unexpected Rediscovery of The ‘Vanda’ Orchid”